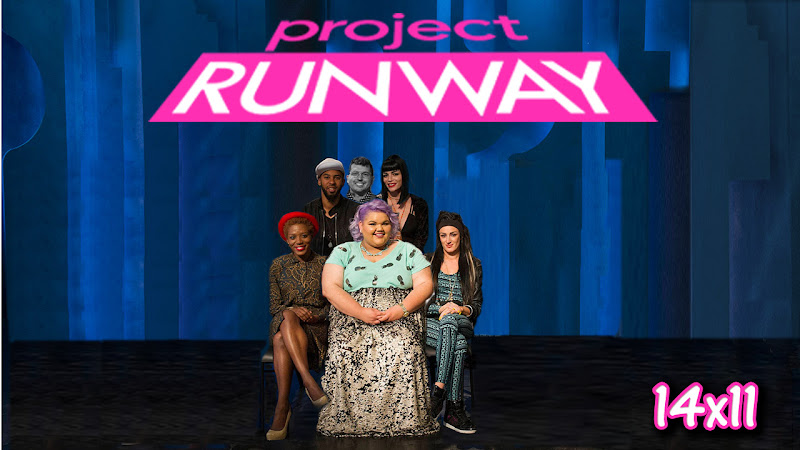 And (in a Project Runway first) the special element added to "The Runway's in 3D" made season 14's avant-garde challenge even cooler than usual. Check it out:

I STILL want to wear Kelly's dress. Actually, I'd probably wear anything made by Kelly. (＾ᗨ＾✿)

Thinking avant-garde, I know Nick Verreos has mentioned some Project Runway looks for this type of challenge that don't meet the avant-garde requirement yet they seem to get through and I happen to agree. Unfortunately in this episode, I think Kelly was the only one to hit avant-garde and Edmond did so a bit...a bit. He could've pushed it further. I know he has it in him.

Last episode I said it was between Ashley and Swapnil, but leaned more towards Ashley being eliminated. I was wrong. In THIS episode, I thought Ashley would be eliminated. Again, I was wrong. I don't want to make it seem like I dont like her because she was one of my top desoigners, but I feel she has lost herself as the competition has progressed. Luckily, the judges seem to not think so and their opinion is the one that counts because they're the ones that keep her in the competition. (◠ᴗ◕✿) 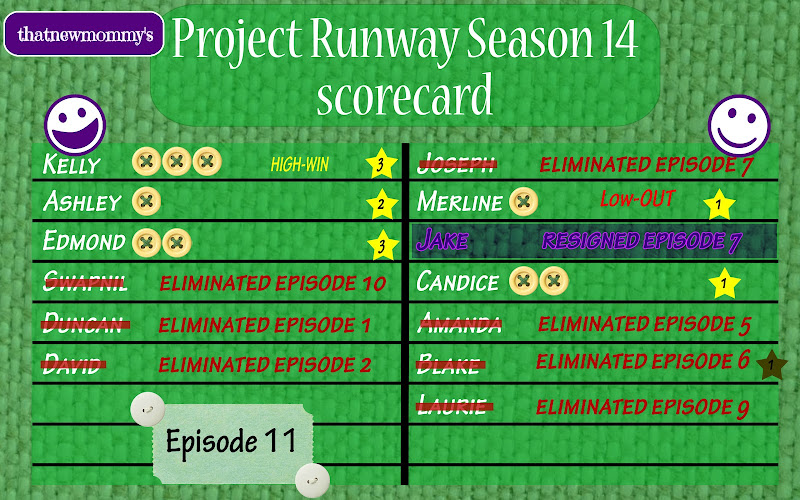