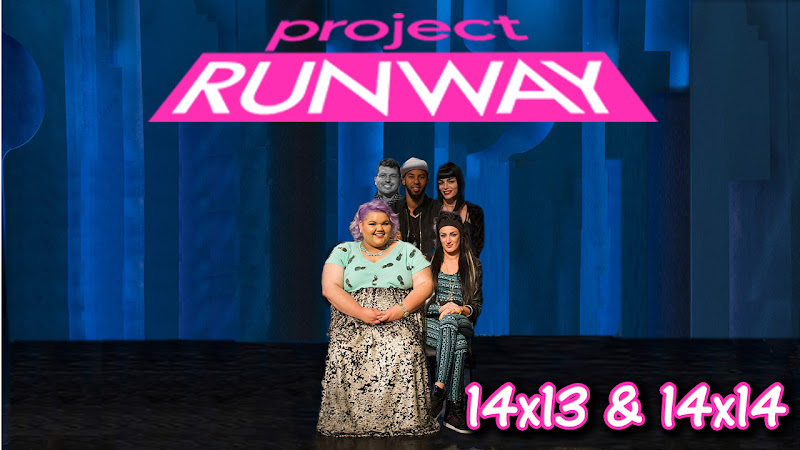 What did I say last time about myEdmond? You have to admit it was pretty obvious. Maybe not as obvious as what did NOT happen to someone in The Walking Dead "Thank You" (6x3) episode (I insist Glenn did not die), but still obvious.

As usual, during the first part of this two-part finale, the designers show the judges a mini-collection to be critiqued before the big show. I think Candice's mini-collection was kind of cute although not something I'd go for (but I'd make an exception for that black leather dress). But as I've said before (and during this first finale episode): #DesignerKelly FOR THE WIN!!! (＾ᗨ＾✿)

I know the judges didn't really feel it that much, but the mini-collection made me think Kelly's full collection was going to be great (and it was). During the showing of the mini-collections, I thought both Kelly and Candice were going to have great shows at New york Fashion Week and the Project Runway Season 14 win would probably have been between either of them. And I think we all know which one I preferred to win. In case you didn't. catch the vodcast of the two finale episodes and my thoughts on this season's win:
Read more »
Newer Posts Older Posts Home
Subscribe to: Posts (Atom)