Rollercoaster of Emotions at the Maker Faire

Rollercoaster of Emotions at the Maker Faire >


I have always read about the Maker Faire and it's always something I wanted to attend, but there weren't any near me until last year. I was so happy when I found out there was going to be a Mini Maker Faire here in Puerto Rico. I made arrangements as soon as I found out: looked for someone that would give us a ride and made sure to tell my partner so he could ask for the day off from work. I even told my sister about it so she could take my niece. It was such a good time. I was wowed by everything I saw and the kids had fun. Mini Maker Faire Caguas was a win.


When I found out about the Faire, I immediately went to the site to see if I could participate. I emailed the gentleman for more information but honestly I didn't have enough time to make the necessary arrangements: our ride was a small car and I didn't have enough inventory to sell. It was disappointing, but I told myself I would definitely apply as a merchant for the following year.


When their Facebook page made the call for the 2016 Mini Maker Faire, I was so on it. (＾ᗨ＾✿) First thing was getting BD to take the day off from work. He was so in with the whole idea, he went ahead and took vacation so he could help me prep. Not only did he arrange getting us a ride (yes I know, we REALLY need a car), but we discussed ideas for table set-up (I have never exhibited before), he was my second pair of eyes, he gave second opinions on what I should show, and of course he was going to pay the fee and help out with Little Man. As a matter of fact, I really wasn't sure if I should apply and HE was the one that told me even if I didn't sell anything, considering the fee as advertising at the fair was a good investment. I went ahead, applied and didn't hear from them. In the application process (which mentioned having to pay the fee), I had to send in a photo of my work and a link to my store so I thought maybe they were looking for something a little more "techy" and I wasn't what they wanted. I was slightly bummed but I understood and was okay with it. I was okay with it, until 8 days before the Faire.


Two Fridays before the Faire, I get home and the first thing BD tells me when I walk in the door is 'you got a call'. Remember, he's on vacation and he's at home. I am out working and have my cell phone with me so he tells me this and I'm just confused thinking 'who would call me at home?' He explains that the call was from C3Tec, which were the people organizing the Faire. I stop in my tracks thinking 'they called a week before...a WEEK? Is this how that works?' He tells me there's a meeting with the exhibitors so they could get all the information and learn about the table set-ups. My mind was first going 'will I have time to do this in a week' and then 'oh, a meeting'. Then, I noticed BD wasn't smiling. He should've at least been a little happy I got accepted, right? Instead, he looked upset. Then it hit me. 'WHEN is the meeting?' 'Tomorrow.'


I was called about a meeting the day before the meeting. Now mind you, I don't live exactly close to this town where they're having the Faire. Add to that that I've been there maybe three times, only ONE time to this museum. PLUS, because I had applied to participate I made no plans during the whole month of January just in case I was accepted. The Faire was less than two weeks away and I received no answer from them, so earlier in the week I made arrangements for some family to come over (from a different town) for a get-together at my house. There was no way I could make arrangements to get there in less than 24 hours plus I think it would have been unfair to cancel on my family in such short notice.


Needless to say I understood BD's face. I was annoyed. The following week as I was talking to a friend I mentioned it to her and her simple response was 'And are you surprised?' See, there's always an issue here when it comes to organizing stuff. The general opinion is: 'People don't know how to organize anything'. (I'm being nice using the word "anything".)


Two days before the Faire, I receive an email that for some reason was followed by another email that stated the previous email was "recalled". The email said times when the exhibitors were able to set up, where they could park, and that they had to take their business registration and some other document. Someone I know sets up a table where she could sell her wares at this weekly event in her town. Because it's set up in this establishment, she is able to sell under that establishment's business registration and permits. When I applied for the Maker Faire, it never mentioned needing these documents. Even if I were able to assist the meeting that was given in short notice, that meeting was on a Saturday. Government offices would have been closed until the Monday of the same week as the Faire. I don't know about where other places, but government offices in my area are slow and slow. I don't know if it would have been enough time to get those. So, I was just relieved that I wasn't able to make the meeting and they forgot about me. BD said it was better that way because they were just all over the place anyway. Of course, I was still assisting the fair. BD and I are geeks and LM is well on his way of being one too. 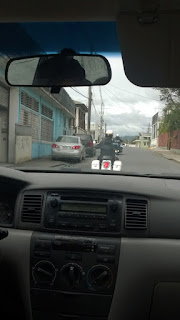 So, Saturday morning we took off to the Faire. Got lost. Asked a police officer for directions. Received the response 'We'll take you there.' Joked about how that would NEVER happen in our town ('yeah, take a right at the next corner until the yellow sign, then two lefts, and at the apple tree take another right. You can't miss it.'). (＾ᗨ＾✿) Then, I got a call from a gentleman confirming our assistance to the fair and I happily answer 'Yes, we're on our way now!' BD asks me who it was and I, still smiling, say it was from the Faire confirming our assistance. He looks at me through the rear-view mirror and not smiling anymore asks 'They called you on the small phone?' You have to register online to get tickets for the event, so when he asks me that I start asking myself which phone number did I put on the registration: my personal one or our shared one. I just stared back at him through the rear-view (oh yeah, I still sit in the back (◠ᴗ◠✿) ). He asks 'did they call you or did they call your business?'


I started feeling..."weird". We get to the museum and as we're getting out of the car and walking there, I'm feeling more and more uneasy. BD is in a way angry and trying to make me feel better saying they were just calling people on the original list not even paying attention to who had paid the fee or not. And I realized he was right. They never called me to confirm especially since I didn't go to that freaking meeting. Just as I assumed I wasn't accepted, they assumed I wasn't going and they were just calling people off the original list. I realized that's what must have happened and let it go. ( I won't sing it.) 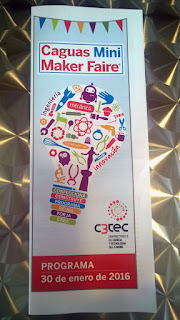 We show our mobile tickets, sign the release form, get our bracelets, get the program, give a donation, get a sticker and then it's on to the fun! I open up the program to see what's going to go on throughout the day...and I feel tears coming to my eyes. I'm not much of a crier. I cry when I am very angry. But these were tears of disappointment that I felt coming. BD asks what's wrong and I tell him to read the exhibitors off. There it was. My name. I saw his brow just getting lower and lower.


'Impossible.' Then he just looks at ME and asks 'Did you pay the fee?' And my dumbass (yes, one word) just stands there thinking for a few seconds asking myself 'wait....DID I pay?' (＾ᗨ＾✿) I think and I'm positive I didn't and tell him. We started walking around and the whole time I'm just feeling my eyes want to shed those tears and he's on and on saying 'babe, don't get like that. They did things wrong. Forget about it. They probably printed the programs before the meeting because I can't think of why they would print the programs and include the names of people that haven't paid the fee.' And again, I realize he was right.


We get to the second floor and as we walk in I see two empty tables and on one of them...do I have to say it? My heart sank. I just stopped and told him to read the table. It was so perfect: near the entrance and with enough space in the back that LM could hang out safely with me when he got tired from walking around with his dad. A couple of tears came out. And BD was was just spewing words.


My day was ruined. I really tried to enjoy the exhibits but felt so disappointed and sad. We went to the cafeteria for lunch and while waiting, my friend called for something else and I ended up telling her what happened. She kept asking if they called me beforehand or contacted me any other way. If I had paid the fee. She was as surprised as we were and felt bad for me. As we ate, BD kept telling me not to worry about it and repeated how everything went down. I took a few minutes to just think and process...and get angrier and angrier.


After lunch (and getting angry) I calmed down and we visited the tables we hadn't seen. BD pointed out there were quite a few empty exhibitor tables so apparently I wasn't the only one that was "confused".


This is something I really wanted to be a part of and now I feel like I don't want anything to do with it again. Am I satisfied with how they work? Hell no. Would I apply again next time? Probably not. Would I love some other people to organize a Mini Maker Faire? Yes, key word being "organized".


0 comments on "Rollercoaster of Emotions at the Maker Faire"