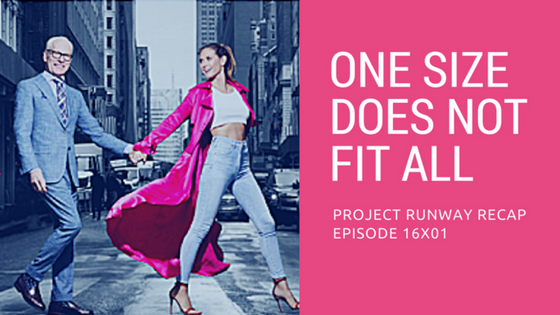 But THIS season?  Changes, changes, changes.  Not only are there more designers that are interesting compared to last season, but Project Runway has made some changes production-wise that I am hoping they keep.

Like Project Runway's season 14, I will be keeping a scorecard to see how well I do in figuring out who'll make it to New York Fashion Week.  Think of it as a sort of Fantasy Project Runway.  I know I talked about Brandon and Amy, BUT I really did like what Brandon ended up making and I was sort of intrigued by what Amy sent down this first runway.

So far, my Fantasy Project Runway scorecard looks like this: 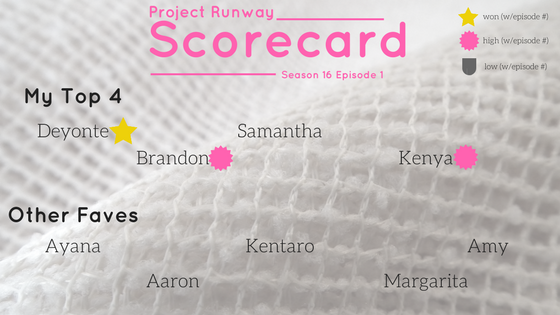 What did you think of the Project Runway season premiere?  Let me know in the comments below or on Facebook or Twitter @ThatNewMommy .