When the Body Says Good-Bye

Some people say it's a "touchy" subject. I don't see it that way. It's a normal thing to do that certain people (in Spanish it's called people that want to "joder") have a problem with and instead of just walking away (or turning off the TV, or computer window, etc), they prefer to bring negativity to someone else' life. Look, I totally understand if you want to speak up to someone that is physically or emotionally hurting someone else. Or someone that is spreading hate through their comments. Totally get it. But when it's someone that is doing none of these. "Oh, but you see it that way because you're for it. If you were against it you were to see what's wrong." Well, I don't know if that's true, but I do not feeding your child no matter which way you want to do it is NEVER doing any harm physically or emotionally to anyone. On the other hand, berating or humiliating a breastfeeding mom who chooses to feed her child in public without a cover IS emotionally hurting someone. If you find yourself in a situation where you are facing a nursing mom and you "need" to say something about it, then sorry to let you know, but you're being an ass...and an ignorant one at that.

Where you'll find a lot of these people is on Facebook. These are the ones that find a lot of courage to go to breastfeeding groups and pages, to spread their ignorance and negativity there, behind the safety of a computer monitor. I mean, these ARE people that really have nothing better to do. Then, you have those that I swear it's like they've never seen a boob before. It's a boob. GET OVER IT. I would totally understand if there was something sexual going on in the image or if the image was accompanied with some sort of sexual content in the description, but this is never the case with these photos. I mean, people will first report a photo of a leaky boob than a photo of Kim K's ass out. Go figure. (I'm not saying Kim K and other guys and girls like her should be reported. If you don't like it...CLOSE THE PAGE).

This situation really annoyed me when a woman shared a photo and story of the loss of her child, Mai. Umbilical cord prolapse was the reason for an emergency c-section. This situation is rare but it can have horrible consequences, like it did in this mommy's case. 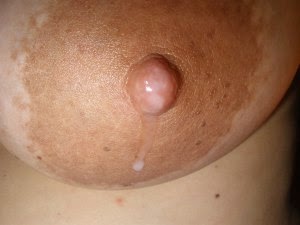 Nature is a beautiful thing...but it can also be a horrible one. The pregnant female body prepares itself for the birth of child. When the child (or children) is born, the body continues to transform itself to provide nutrition for the new baby (or babies). Mai was born...but the body had no way of knowing she was born without life. Her mom's body kept changing for Mai, even though Mai was no longer with her mommy. This mom was given options to stop her body from preparing itself for Mai after her c-section, but this brave woman made her own decision regardless of what those in the hospital told her. I don't know her, but I tip my hat to her. It is NOT easy to lose a child...and to have your body remind you of your loss? Like I said, nature can also be a horrible thing.

This brave woman shared her story and a beautiful image along with it on Facebook. And of course, some jerk reported it and Facebook (being the bigger jerks) removed it. I wish I had that position at Facebook. Most of the reports would be replied with "It's not being removed. It's not pornographic. Stop visiting the damn page. Get over it." But no...Facebook (and Instagram while we're at it) are NOT on Twitter's level. (I love Twitter because of this). That's when she requested for mommy bloggers to share her story. Like I said, I don't know her but I feel for her and it is beyond messed up people didn't want her story and image shared on Facebook.

The following is her story. It's in Spanish so after it I have included a translation.


When Milk Isn't White
On March 3rd my daughter, Mai, was born dead. Nobody prepares you for that. Nobody is prepared. Within the darkness of the moment, the bureaucracy, the efforts, the decision and memories, someone offers you pills to stop the milk. Someone tells you you can wait. And at that moment you realize that your body, the body of a mother, the body that gave birth to a placenta, will produce milk in a few days. And you curse nature. My choice was to wait, maybe to hold on to what I had left of Mai. I have no regrets, it was a soft and gradual farewell, but every woman must have freedom to choose their own. Professionals should inform. Not judge. After the emergency cesarean and the death, the shock and the physical pain made way to an incredible force that urged me to get up, to lick my own wound. Milk filled my breasts, big and hot. I was a mammal on alert, looking for my offspring, waiting for her. Because of the cesarean I was taking anti-inflammatory drugs, maybe that's why I didn't feel pain, just discomfort, I didn't need to pump milk nor to apply cold compresses or cabbage leaves. I simply let the milk flow, I let it wet me saying good-bye to my baby, I let it get lost. I let my body do its own mourning, cry its grief, until the milk was gone. And with it, the strength. The mammal that finally became aware that her baby would not return. Mammal with an empty belly and dead breasts. The body of mother, creator, nourisher, full of life and food gently turned into silence, a cemetery.

0 comments on "When the Body Says Good-Bye"