My King Deserves a Crown

The park I wanted to take my king to on his first birthday is closed (it's a national park and...you know...government shutdown?) so we've decided to go to 'Children's Park'.  I've only been to it once some years ago for a Christmas activity.  It has a pond and a fountain, some gazebos, and playground areas.  Basically I just want a place where I can set up his highchair and take some photos.  I also want to be able to play with him.  Maybe swing with him.  I don't know if they have swings, but I hope so.

I looked around the internet for inspiration for his crown and saw a couple of cute ones.  Once at my craft store, I started looking for Lolli-Pup's 2.0 colors but then BD and I talked it over and we just went with what we like.  Of course I HAD to have my green and we both like purple and turquoise.  Sometimes I like creating my patterns in Photoshop and then printing them out, but my printer has run out of ink (again) so I ended up hand drawing the pattern.  After a while of trial and error (luckily LM was sleeping), I came out with proportions I was cool with. 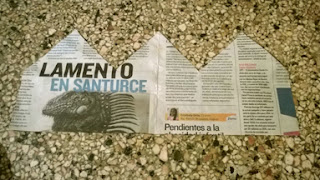 I drew out two star shapes not knowing which one I was going to use.  I also pulled out some ric-rac I had to see how it would look using it as décor for the crown. 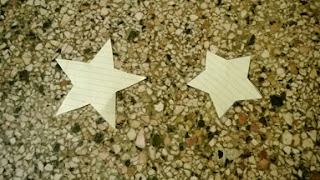 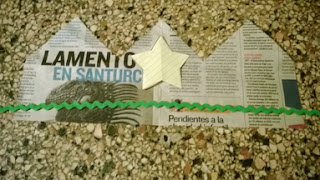 I cut out the base and then realized I didn't exactly cut out a paper pattern for the individual stripes so I just cut off some stripes from my second color felt, laid them over the base, glued them on, then cut off the pieces hanging over. 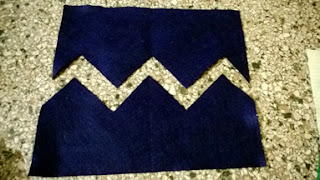 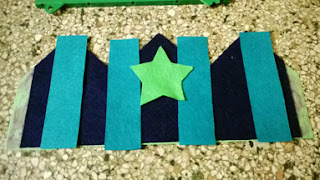 THEN, I remembered I needed a "1".  Again, I drew one on newspaper and cut it out.  At that point I REALLY missed the printer.  I completely suck at lettering.  Once the "1" was glued on I glued on the ric-rac. 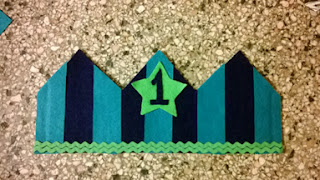 The crown doesn't go all the way around.  It goes about 2/3 of the way.  To complete the head circumference I used a 1" elastic.  LM doesn't like ANYTHING on his head.  (Actually, on his head or his feet or around his neck.  Hats, socks, sandals, shoes, bibs...he pulls everything off.  LOL)  I wanted the elastic so that it isn't too loose when it's on.

It was late at night, and I wasn't feeling great so I just went with something simple for the highchair.  I took come cardstock and cut out three circles.  I cut out "I Am 1" out of craft foam and glued each word on a circle.  I took some puff paint and dotted the circles then, I punched holes on the sides near the top and threaded ribbon through.  I need to take a picture of it, but it's really simple.

Now, all I have to do is cross my fingers that it doesn't rain.

0 comments on "My King Deserves a Crown"