On May 25, 1979, six year old Etan Kalil Patz disappeared from Lower Manhattan in New York City. His disappearance helped bring about new legislation and various methods for tracking down missing children. Etan was the first child whose photograph appeared on the side of a milk carton.


In 1983, then President Ronald Reagan, declared May 25 as National Missing Children's Day. In 1998, the International Centre for Missing & Exploited Children (ICMEC)and the US's National Center for Missing & Exploited Children (NCMEC) introduced Global Missing Children's Network (GMCN). Every May 25, this network honors missing and abducted children while they celebrate those who have been found. There are 22 countries that participate in the GMCN. It's a database that features information and photos of missing children from around the world.


Sadly, to this day, children still go missing. That is why the FBI, as well as their law enforcement partners, publicize the names and faces of these missing children. Besides the resources the FBI can offer, they have rapid response teams stationed across the US to respond to child abduction and can quickly share information with other law enforcement agencies across the world. (The FBI has also released a new version of the FBI Child ID app available for most Apple and Android smartphones and tablets.) 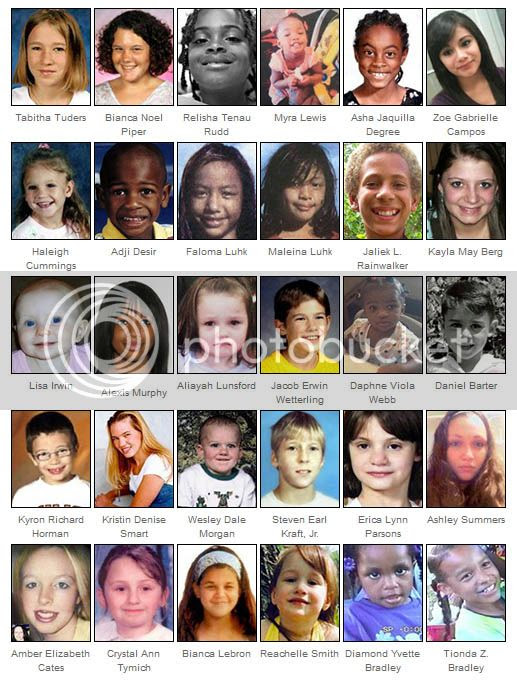 The NCMEC provides resources for families to learn how to keep their children safer. These resources include: what to do if your child is missing, safety and prevention resources, internet safety, and how to prepare a Child ID for your kids in case they go missing.

The NCMEC also has an ongoing campaign called Picture Them Home. Again, there is power and importance in photos in the event of a missing child and this campaign raises awareness about this. Companies and individuals can participate in the Picture Them Home campaign. Besides this campaign the NCMEC has other campaigns where you can help spread awareness not only about missing children but sexually exploited children as well and increase child safety.