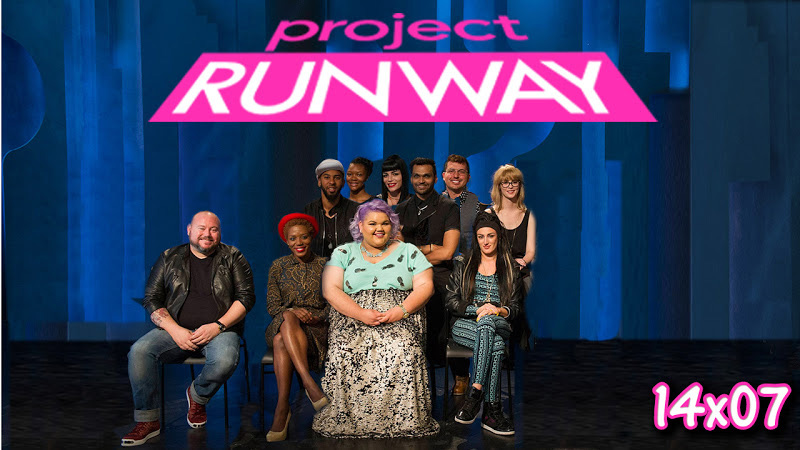 "Haute Tech Couture" was the second unconventional challenge of the season and, I must say, much more interesting than "Shut Up and Sew". As soon as I saw that dumpster full of VHS tapes, keyboards, wires...oh, that was just heaven for a crafting hoarder geek.

Enjoyable episode, even my partner got into it, with a sad segment (at least for us). Jake decided to resign because his dog had to be put to sleep and he wanted to be there. Totally understandable. Pets sometimes become part of the family and they mean a lot. Being on Project Runway is an awesome opportunity that any designer would want to have, but I totally understood him wanting to leave. I would have done the same thing. I know some people see pets as animals, but only owning one do you understand that they are much more than that. After a tearful good-bye, the remaining nine designers carried on to some pretty interesting designs. Except Swapnil. OMG. Swapnil just wasted time and it showed in his work:


As always, my thoughts and reactions to episode 14x7 in the episode's vodcast:

I wasn't really that surprised Joseph was sent home, although I also don't think his was THAT bad. I guess when they're equally bad, the judges also use past work to decide who goes home....and Joseph Matronly...wait that's NOT his last name? Well, whatever it was he was having a tough time on Project Runway with the judges. I feel this is also going to be happening with Lindsey. This was another episode which was difficult to place stars on the Smile side of my scorecard. 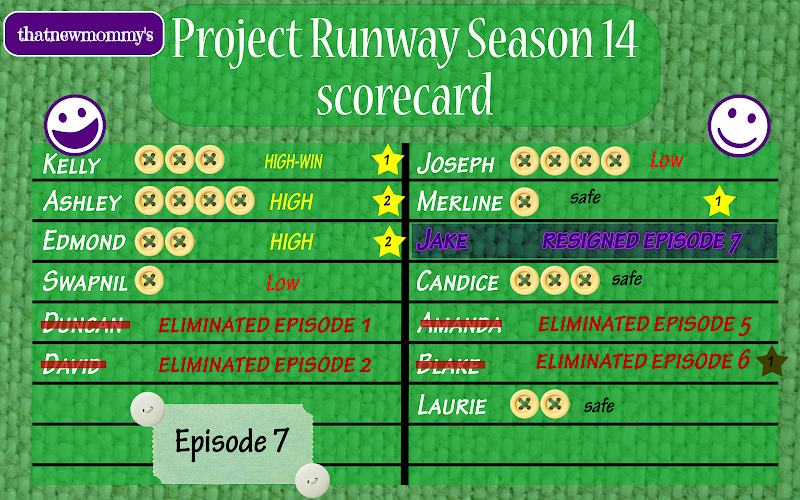 SHOULD Joseph have been the one to go home? Was it his time or should another designer (read: Lindsey) have been toldto hit the road?