I was born and raised in the states to Puerto Rico-born parents who met in the states.  My dad was born in a suburban type town in Puerto Rico while my mom was born in a rural one.  Like in the states, although they spoke the same language there are a lot of regionalisms they heard from each other.  One day we were in a mini-market and my mom asked the gentleman behind the cash register for a popeta.

My mom was always a clown type of person and my dad, although he liked having his fun, was more serious. Anyway, my dad sternly said her name and gave her a look. She paid him no mind and asked again. This time he was clearly upset and asked if she could have some respect. My mother had no idea what he was talking about. She explained she wanted that wrapped vanilla ice cream that came in a waffle cone with hardened chocolate and nuts on a flat top. I remember my dad just looking at her. I could tell he didn't know if she was being serious or not. The gentleman behind the cash register didn't know what she wanted either until she explained. 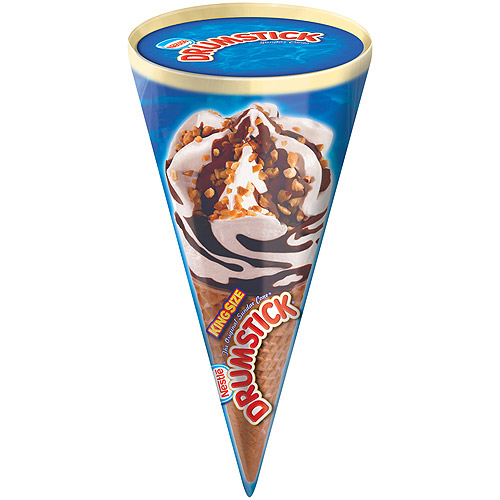 Later that night, my uncle (from my mom's side) came over. She took out her ice cream cone and asked him 'What is this? What is this called?' He answered, "Una popeta." She told him what happened and my dad explained that where he's from popeta means something COMPLETELY DIFFERENT. They had some laughs and I just thought Spanish was so weird.

My mom didn't speak a lot of English so most of my Spanish came from her, regionalisms included. Sarata was one of my favorite breakfast dishes she would make for me. Years after moving to Puerto Rico (to her hometown) I saw something similar being done on Food Network. BUT, it was called polenta.

I was already in college when my boyfriend from a suburban town came over for breakfast. My mom offered him sarata and he happily said yes. He then walked over to me and asked me what it was. I could only answer, "It's sarata...sarata...don't you know what sarata is? Why would you say yes?" He said he had no clue what it was, but he eats just about everything so he said yes. He just wanted to know what he would be eating beforehand. I told him it was made with cornflour (which technically it's not). He said THEY call it just cream of corn.

He started eating before I did. He ate slowly. Smiled weirdly. I told him that because I didn't eat sugar, my mom would make it without it but she could add some if he wanted. He said the sugar wasn't the problem. I thought he just didn't like corn. My mom has never been the kind of person that enjoys cooking. She cooked because she had too. I'll admit she was a slacker when it came to cooking. She liked working a second shift because it meant my dad would be in charge of dinner. Sometimes when she cooked...she just didn't pay attention.

Which is what happened the morning I had my boyfriend over. I took one spoonful of my dear sarata and spit it right out. I yelled at him to stop eating it and he thanked God. My mom came out and asked what was wrong so I told her to taste it. She and I started laughing hysterically. It tasted like she poured the whole salt container in it. Neither of us could figure out why he'd eat it, but it was very nice of him.

For years now I've been making my own sarata - somewhat different from my mom's way. I've never really had Italian polenta so I don't know how similar they are. I just know that my sarata is delish. It's quick and easy to make and fills tummies happily. 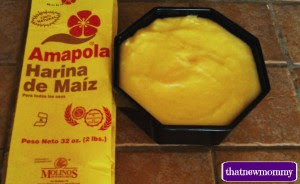 This recipe will make enough for me and my baby.  Keep in mind that I LOVE this dish and can eat a whole bowl full on my own.  (That means, it may make enough for two people who eat normally).(◕ᴗ◕✿)