﻿
﻿
I have to admit: I love videos that go viral.  If they don't, it's a good chance I'd miss them.  I mean I found out about the Harlem Shake parody like two or three weeks after it was made.  I'm not really on YouTube all that much so when I come across one of these videos, I enjoy them because I know it's something that will make me smile (or annoy me like that one video about some reality show on pastors).

Anyways so this video I came across yesterday, I absolutely love.  It's a man who came out of surgery, I believe, and is still under the influence of the drugs they gave him.  His wife is recording him (which nowadays, it's a must apparently) as he's complaining of pain and eating a cracker when he looks over at her and asks "The doctor sent you?"  It's the surprise in his voice, I guess, that made me chuckle.  He goes on to refer to her as eye candy and then when she told him she was his wife, he was in shock.  That killed me.  Okay, fine, he was "under the influence", but still...adorable.

They say drunks and children always tell the truth, but I'm going to go ahead and fit this guy into the "drunk" category.  It must've made his wife feel nice that he still sees her like that.  =o) 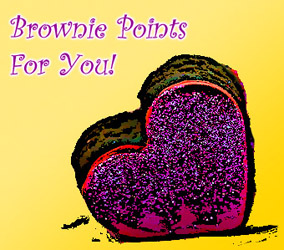